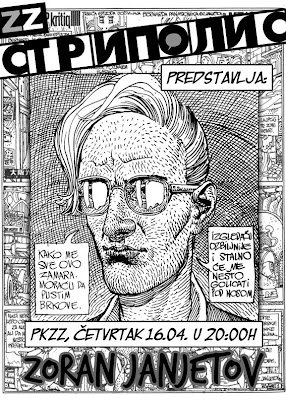 This is the post regarding all the people not speaking serbian, namely the authors who have participated in this project :-)
I think you deserve some words about all of this, about history of comics in Serbia, and why we decided to do go on with this project.
First of all I wish to thank all of the authors for participating in this project and finding good will for sending your work. No one received a dime or any other mean of monetary compensation for working on this project. We had some funding from Vojvodina's secretariat of Culture and from our local Cultural center of Zrenjanin. Those funds were spent for printing this 1st issue of Stripolis.
This kind of publications are very rare in our country, but there is no lack of interest for sort. Simply, it's the lack of money.
Our country was devastated by the long economic sanctions, civil war and NATO bombardment back in 90's. People were deprived from every luxury, and comics were only one of them.
We had rich culture of comics back in the 80's, when we had comics published daily. There were gnerations growing up reading comics like Alan Ford, Dylan Dog and Zagor. Italian published comics were very popular. There were several magazines that published mainstream European and American comics like Stripoteka, Strip Art, Spunk and EKS Almanah. Domestic authors were presented in publications like Yu-strip, Mladost, Vidici, Glas omladine, Patak etc. The only magazine that survived all these years is Stripoteka. We had several atempts from some publishers back in 1995 who tried introducing american format in our market but due to the distributors these attempts failed (Luxor comics).
After the changes in politics back in 2000. publishers started reviving the scene, bringing them out from pirated editions of mostly american comics and some classics European comics like Corto Malteze. Publishers like Beli Put started printing graphic novels which were welcomed by the eager public.
Me as a part of this collective, together with my teacher Mr Branko Djukic, decited after publishing a one shot with the works of local authors form our home town (Zrenjanin), that we should do something similar but with the foreign authors which works haven't been printed in Serbia and with some of our acclaimed authors who haven't printed in their own country for ages. The sole purpose of this was to show that this kind of comic book storytelling hasn't died in Serbia.
We didn't know what kind of reaction we would get from the authors and from the readers.
I was overwhelmed! Every single e-mail and letter was answered! Branko couldn't belive the response he got from the people he wanted involved in all of this. Everyone wanted to help and pitch in.
The result is this first issue of STRIPOLIS. It's soft covered, printed in cyrillics, it has 130 pages and designed by me. It has got that retro look of those 80's publications.
We also started a festival, which is a sort of an art colony. It starts in several days and I will keep you informed of what's going on with some pictures and drawings.
Hope you will endure :-)
Posted by Shmeergla at 18:43 2 comments: 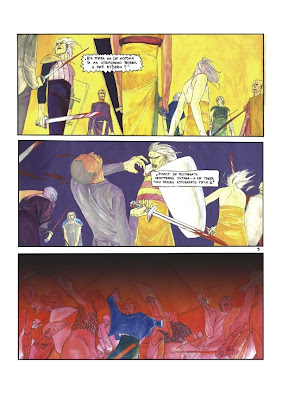 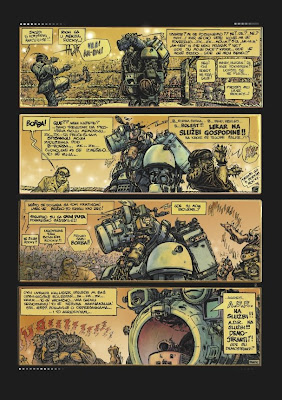 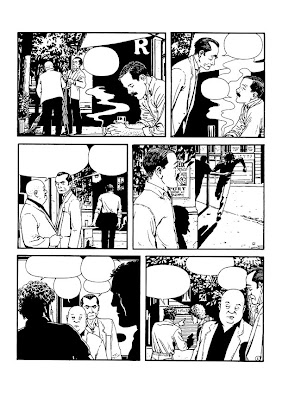 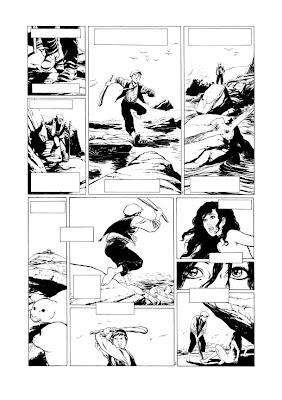 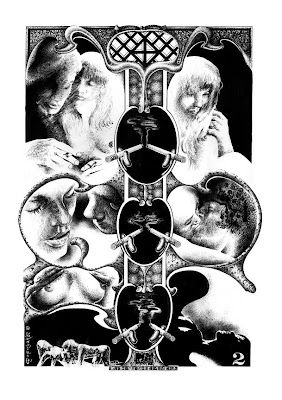 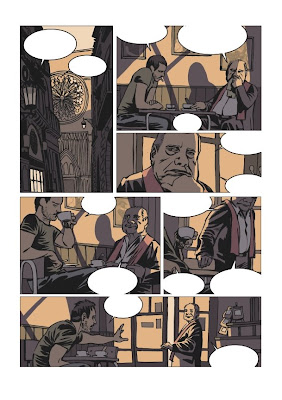 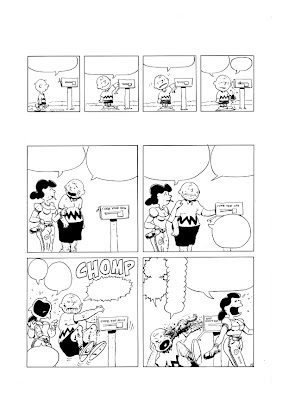 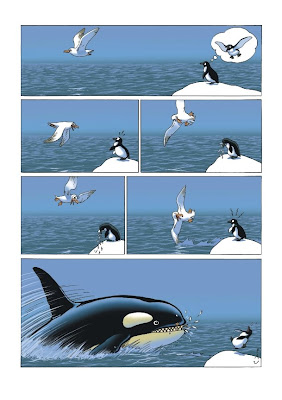 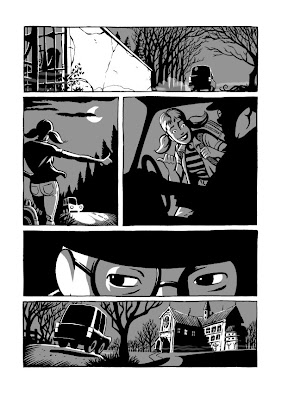 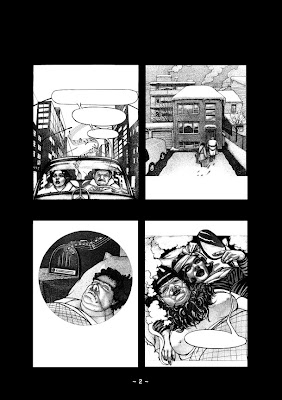 Nina Bunjevac
Posted by Shmeergla at 03:25 No comments: 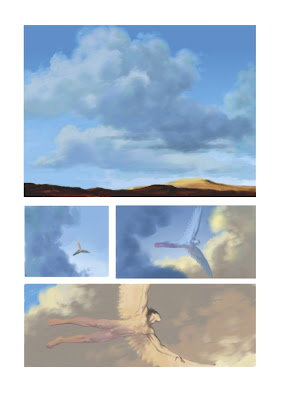 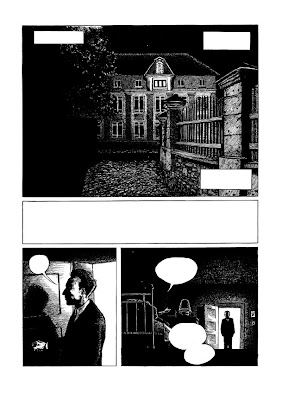 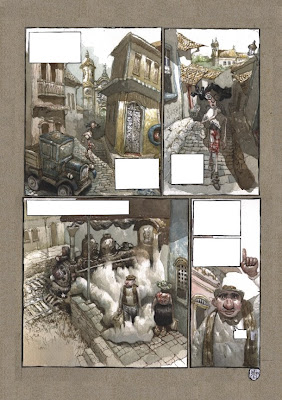 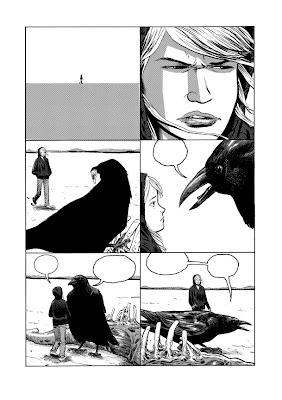 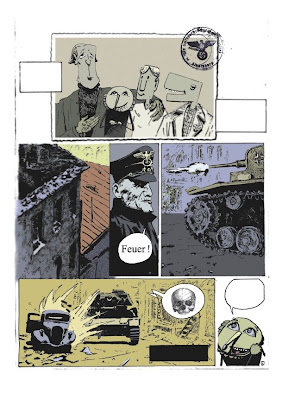 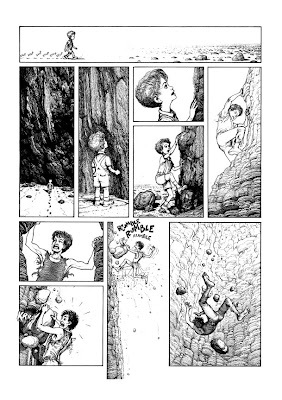 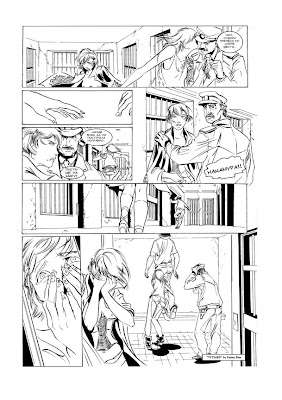 Emma Rios @ flickr
Posted by Shmeergla at 03:05 No comments: 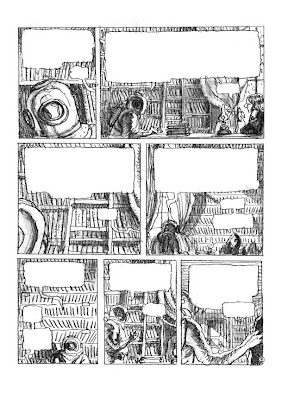 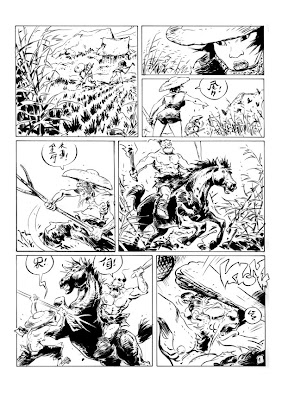 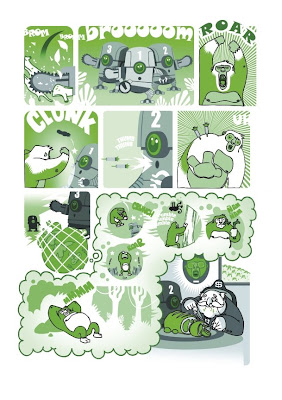 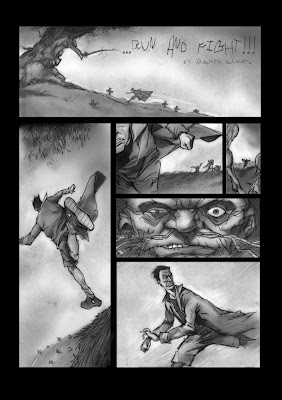 Posted by Shmeergla at 23:01 No comments: 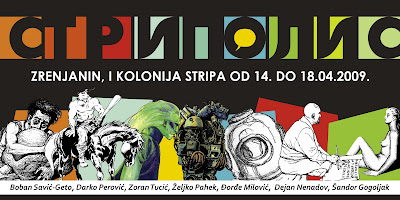 Posted by Shmeergla at 22:33 No comments:

Gde kupiti - Where to buy